Added to wishlistRemoved from wishlist 0
Add to compare
$40.59 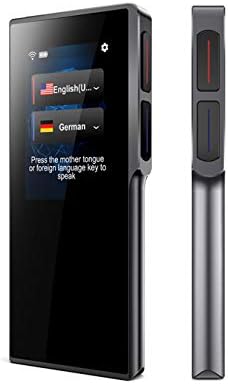 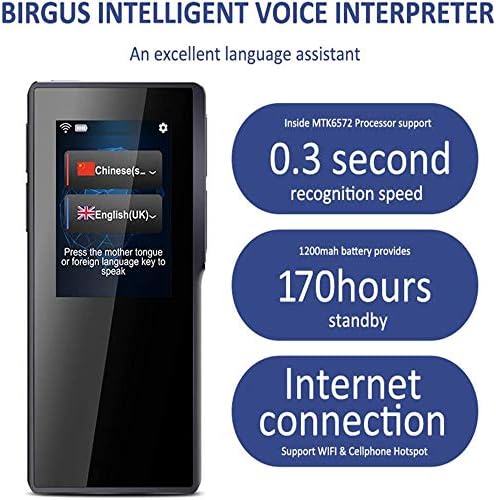 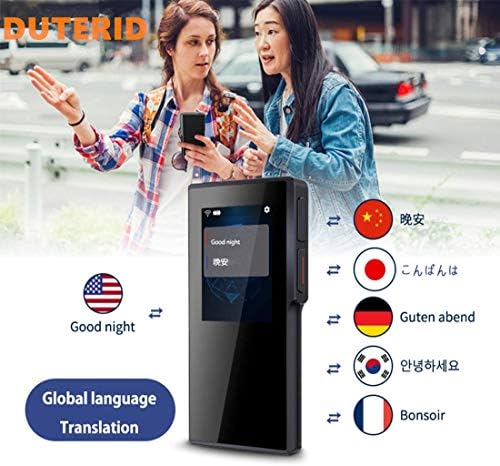 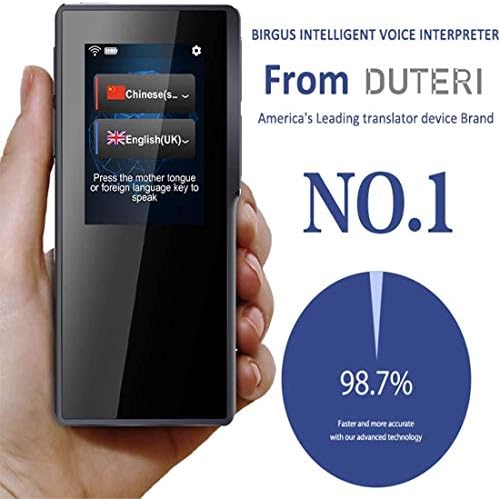 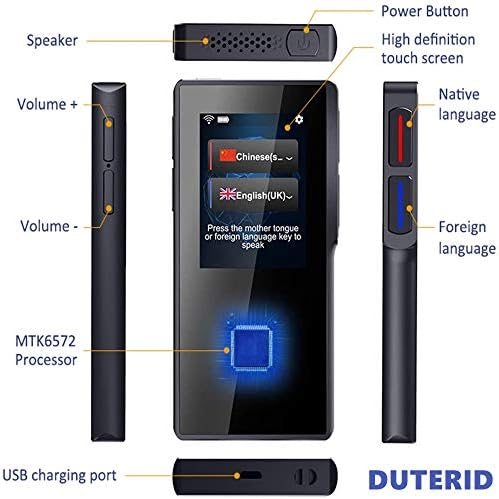 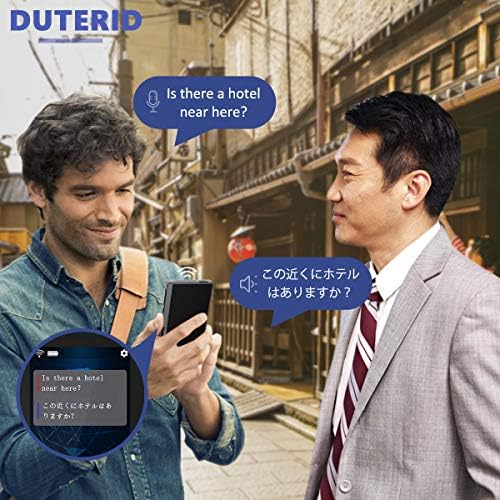 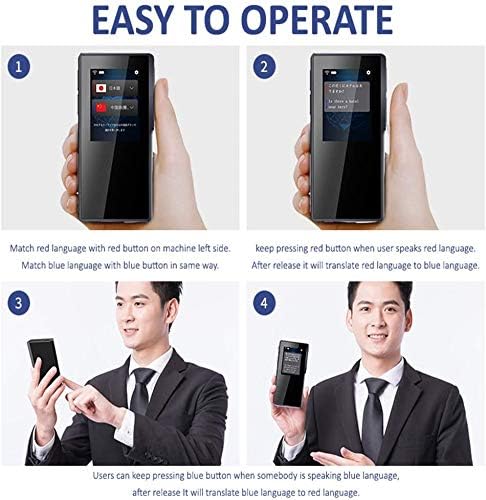 Have you ever visited a foreign country and wished you had a language translator with you?

With DUTERI D, a two-way voice translator device, you can travel to 82 countries around the world and communicate with confidence.

Two-way translation function which is very helpful for you to communicate with people from different countries or you can use it to learn different languages by yourself.

How to use it?
It’s simple. Just connect to wifi or hotspot, then start using it! No need to install any application on your phone at all. NOTE:
If you have any questions, please feel free to contact us, we will reply you within 24 hours!

【Two Way Translator Device】: Simultaneous 2-way translation in multiple foreign languages. Our portable translator support 2-way translator with 82 languages online, more than 70 countries and regions. With this muti-language translator you can go everywhere you want,the language can’t block you any more.
【Smart Portable Translator】Foreign language translator only used in Wifi or hotspot internet,no need for SIM card, no need to download APP.Widely application in travelling,learning,shopping,business,making friends,comuncation and so on.
【Instant Voice Translation】: Come with 2.4inch color touch screen,when you speak out what you want to translate,the translation will also into text on the screen. It’s very helpful for talking with others and make a better understanding for each other.
【Hifi Recording Sound Quality】: The language translator with high-definition recording, independent noise reduction microphone, and can accurately enter language in noisy environment, always keep voice clear, and it’s also convenient for repeated listening, If the others doesn’t hear it clearly, you can play it again.
【Reliable Travel Buddy 】: Language enhances the travel experience, it helps you overcome cross-language barriers, like hotels to stay, attractions to visit, as well as weather forecast and so on while traveling overseas. 12 months service guarantee,if you encounter any problems, please feel free to contact us and we will solve them for you!